About
The platform italiacori.it
Secretariat
Board of Directors
Artistic Aerco Committee
Editorial Committee
Patronage to Events
AERCO Next Steps

AERCO, Next Steps: Singing in Region, a Region that makes you sing!

By Andrea Angelini, President of AERCO

Three years ago, I presented the AERCO duepuntozero15 project, which I believe has been discussed and deepened with the help of competent collaborators and which has led us towards a modern, transparent and, above all, rich in activities. In these years, I have tried to motivate people, to highlight their skills, to entrust them with precise responsibilities so that everyone could feel welcome and willing to put their know-how at the service of the choral community. A president can do little if he does not have a real team with him; it is not only a problem of consensus but of a real difficulty in facing the many tasks that the leadership of a complex and varied association, such as AERCO, requires. Someone was surprised to find out that so many different people would have given their help to realize the many opportunities, the services, to maintain the spirit of association that was implied in an important way in the subtitle of the previous project: 'when tradition meets digital technology'.

As I was saying above, the project has been deeply discussed: we did not close one chapter to open up another completely unrelated to the previous one. So, what does 'Singing in Region, a Region that makes people sing' mean? If we admit that AERCO has now reached a high technological level, through a series of digital implementations, which has made it an easy tool to manage and with which it is easy to communicate, and if we also say that there are many services on this platform available to members, the next important moves (Next Steps) are represented by the strengthening of links with choirs, especially those not yet associated (Singing in Region) and the indissolubility of relations with local public institutions (a Region that makes people sing). How did I become convinced that this binomial is essential? Simply by organizing what was then realized, especially important festivals such as CantaBo and Di Cori un Altro Po, which required important and authoritative partnerships, such as the various choirs participating in the activities and the Municipality of Bologna, the Metropolitan City, the Regional School Office, the Emilia Romagna Region, the Ministry of Cultural Heritage. Thanks to the reliability and authoritativeness of the projects presented, we were able to receive funding from the various bodies for a total of over 180,000 Euros over three years. Many times I have heard complaints that the public institution does not finance the projects and that, by virtue of this, many dreams remain so. From my side, however, I have always believed that when the program is important, its clear aims and credible implementing entities, it is difficult to go unheard. Of course, it is not possible to concentrate all requests for economic support on municipalities, provinces and regions. AERCO, for example, has tried to integrate these resources through targeted fundraising, capable of providing additional spending capacity where the public contribution was not sufficient. All this has made it possible not to adjust the membership fees, which have remained unchanged over the last three years.So let's see in practice what we intend to do in the near future, asking you to see the various steps not as individual targets but as pieces of a project that aims to improve all choral activities through the awareness of our traditions, the perception of the time in which we live and trust in institutions.

In September 2015 we moved from Via Capo di Lucca 42 to our current office in the centre of Bologna, in Via Barberia 9. We have our office in a historic and prestigious building, modern and comfortable spaces that include a meeting room, an administrative office, a loft area for archive use as well as services. The office has independent heating and air conditioning as we decided to close the secretary's office only in August.

In the office are carried out the normal administrative functions, the meetings of the Board of Directors and the various Commissions (artistic, editorial) and some music courses. The office is open five days a week, from 9:30 a.m. to 12:30 p.m. and it is managed by a paid employee. In recent years we have developed a convention thanks to which we have been able to employ young people from Erasmus+ projects. Here are the tools available at the secretary:

* An associative-managed IT platform. There are special software, controllable via web (i.e. usable from the office, from home, from wherever you are ...) able to manage every typical task of the association such as members, payments, sending emails, newsletters, the first cash, the budget, billing, etc. ... the software chosen was Zoho (https://www.zoho.eu.)

* Documents sharing. All the documents concerning the AERCO activity are kept on a remote server, in our case MEGA, and available to the members of our team (President, Deputy, Secretary, Collaborator). This means that anyone who creates or modifies a document on their computer immediately will have it available to other members thanks to automatic synchronization. It is possible in this way to work from anywhere in the world, confident that the information present will always be updated in real time. The random loss of data will also be impossible, as there will always be an updated copy of all the files created by those who have access to this system on the remote server.

* As you surely know, with the approval of the new statute (which has finally made us an APS) the election of the General Secretary is no longer elective, but it becomes competence of the Board of Directors. This allows us to acquire a key collaborator with the extraordinary skills that the regulations require today. The Secretary, who is no longer a member of the Board of Directors, but whose meetings he is required to attend, is a guarantor of transparency and legality as he is now unrelated to the decision-making power of the Board itself.

* AERCO offers to its members an insurance at agreed prices, as well as SIAE tariffs at reduced costs for single concerts and subscription. AERCO took care, and will continue to do so, to fulfil the SIAE obligations for those concerts of which it is the direct organizer (Voci nei Chiostri, World Choral Day, CantaBO...).

* Through the online tools of the secretary's office it is possible for the choirs to renew their registration, subscribe to organized courses, purchase publications simply by filling out online forms with the possibility of payment by credit card and PayPal (in addition, of course, to the bank transfer).

* All these services will be maintained and, where possible, enhanced.

This project (which can be translated from Latin as 'the AERCO in the heart'), has been the main artistic container of the last three years and will continue to be so for the next three. Here's its true meaning: COncerts, Research, Didactics, Events. Inside this container will be included the activities designed and organized by the Association and those suggested by the members. In particular:

* Participation in the Regional Programme 'enERgie diffuse', within the European Year 2018 of Cultural Heritage'.

* Enhancement of the Youth Choir of Emilia Romagna with functions of executive and didactic excellence.

* National Composition Competition for white voices choirs (in partnership with the Andreoli Foundation).

* AERCO in the school: musical projects organized on its own and/or in collaboration with the Association. This will include: 1) Establishment of a Register of children's vocal experts; 2) Training courses for primary school teachers; 3) Corinfesta, Review of Choirs in White Voices and School Choirs; 4) “Scuole in Coro”, Bolognas’ School Choir Festival.

* Collaborations choir and orchestra for both teaching and performance.

* Choir Director and Secretary's Day: brainstorming, ideas and projects for a correct artistic and managerial ability.

* Courses of musical video-writing with freeware programs, available for everyone, such as MuseScore.

The AERCO Statute, approved during the General Assembly of Parma 2017, allows a wide decentralization of the strategies taken by the Board of Directors. Constituting Provincial Delegations that operate capillary in the territory is a prerequisite for the achievement of the primary objective 'Singing in the Region, a Region that makes people sing'. The Delegates, supported by the work of the provincial committee, are in direct contact with the choirs, collect their needs and transform the deliberative acts into actions.

* FARCORO will maintain its current editorial line. In 2017 the graphic layout was completely renewed and now the magazine is modern and rich in content. Also during 2017 the website www.farcoro.it was completed, which contains, in addition to the archive of the magazines since 2009 available in PDF format, all the articles published in the form of blogs, with the possibility of comments and sharing on social networks.

* The Secretariat will send a monthly newsletter to the choirs, containing news, announcements, notices, competitions and everything that cannot be published on FARCORO, especially for timing reasons.

* The portal www.aerco.it has been completely redesigned and is now a modern, easy to consult platform with a page available to each associated choir where to publish news of their choir. An experienced webmaster, like ours, ensures a continuous updating of the site.

* Historic-musical researches and new works of high artistic value will be published both on paper and online.

We believe that, on the basis of the Europe of the Regions, AERCO should not limit its range of action to natural geographical boundaries. We will therefore continue to strongly share and collaborate with FENIARCO's strategies. Some projects will be carried out in agreement with other Regional Choral Associations, especially the neighbouring ones (as already happened with the Festival Di Cori un Altro Po). Attention will also be paid to the guidelines and projects promoted by the European Choral Association (ex Europa Cantat) and the International Federation for Choral Music. 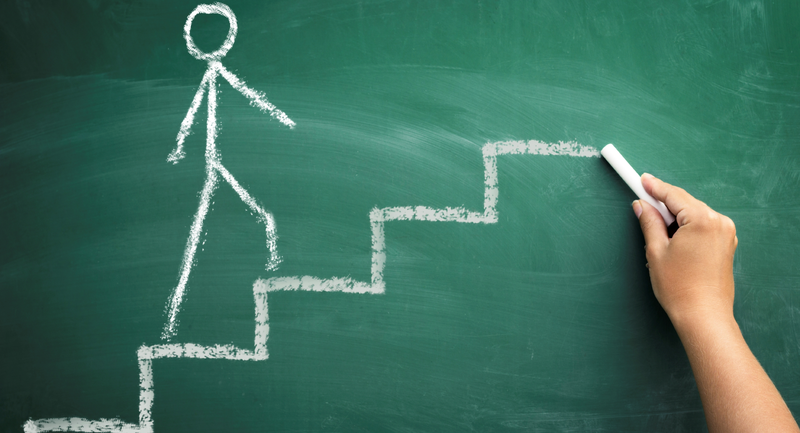